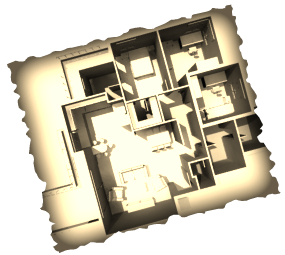 Formally, I have a degree in architecture, graduated from the Technion, the Israeli Institute of Technologies.
The choice to study architecture started by a naive mistake.
After a year of pre scholar train after ending the army service of 4 years, I went to live in Kibbutz Dalia as a dinning serving boy and as a cook assistance.
In one of those superb days, an old man approached an was interested about what and how am I doing.
This encounter started a long and brave relationship between two persons with almost 50 years of difference between ages and experience.
He recommended me to study architecture and not robotics as I always wanted.
To be accepted I had to pass a very selective exam in which they tested, skills, lateral thinking and spacial design and use.
The test included many topics, all new for me.
the issue was to bridge the gap and show imaginative thinking and aesthetic demonstration in a defined single sheet of paper.
After studying 5 years and working in several temporary jobs such as model making, concrete testings, construction, raw materials inventory and cleaning houses and windows I became and architect.
It took me some years to understand the lack of prosperity I was passing while working as an architect.